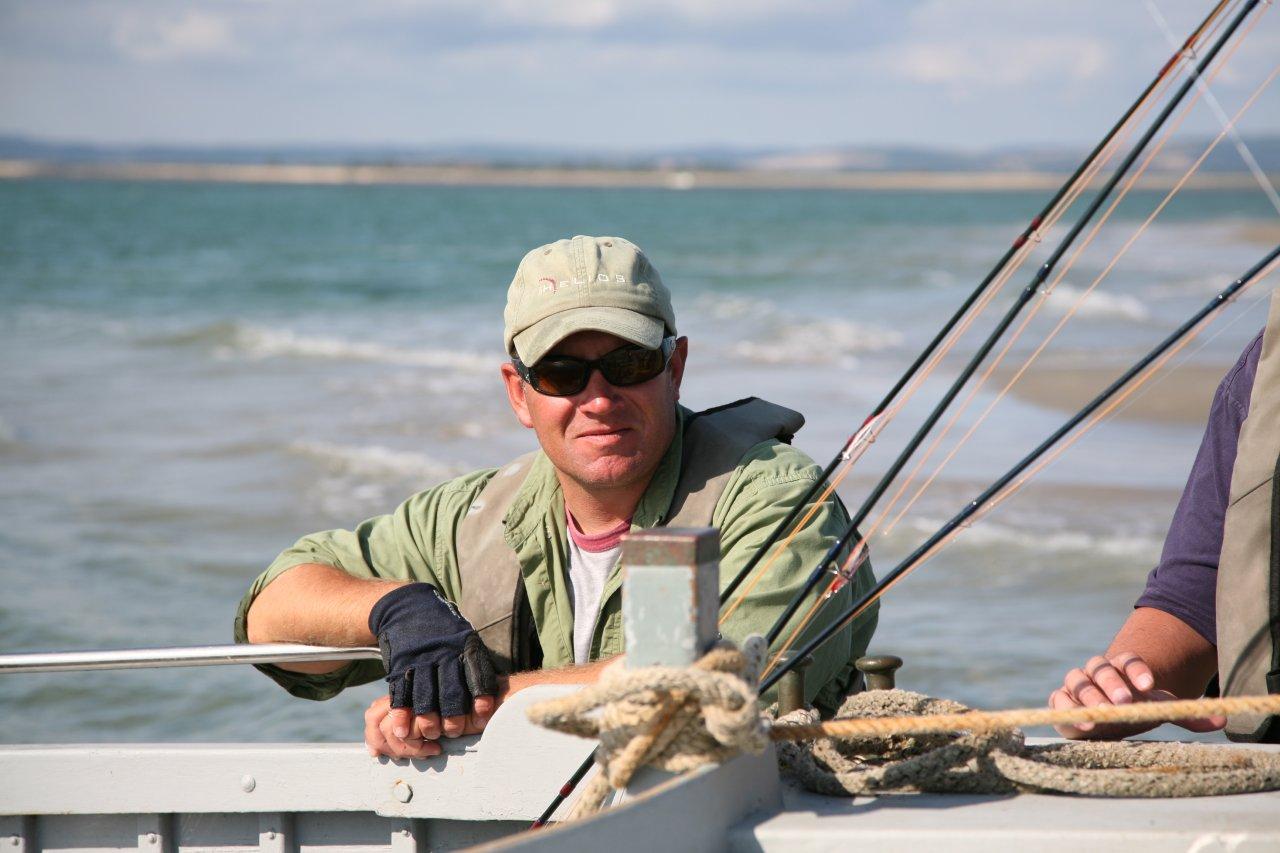 Using a guide to improve your chances of sea angling success, particularly when working to a tight time scale such as a holiday, is a very cost effective approach many Brit's will be familiar with when travelling abroad, particularly to the United States. Guides are the norm rather than the exception in the US. Meanwhile, back here in the UK, it's completely the other way around. In fact, had I been challenged to name even one UK salt water guide up to a couple of weeks ago, I'm afraid I would have been well and truly struggling. It's important here not to confuse a guide with a charter boat skipper. They are not the same thing, and even the Americans recognise that fact. So what exactly is a sea angling guide. Well, my take on the definition is a local expert hired to share his expertise either at a personal level or with a small group, and not necessarily always from a boat, not simply to put you close to fish, but to do everything possible to ensure you also catch them. It could just as easily be from the shore. Or in the case of Sussex based Bass fly fishing specialist Justin Anwyl, who is the only entry on my list of UK sea angling guides, and an IGFA rated guide at that, more likely a mix of both.

But actually, it goes much further than that. As Justin himself points out, guiding is a partnership. An agreed two way package. If a boat is to be used, then that comes in with the deal. Tackle too if required. Even casting tuition. Because while you might be a regular fly fisherman on the freshwater scene, that won't automatically transfer directly over to the sea. There conditions can be totally different with wind, tides and wave motion to contend with. When pressed on the branch of freshwater fly fishing that is the nearest match to Bass fly fishing at sea, there was no hesitation from Justin in saying loch style drifting from a boat on a big reservoir. As for the least similar, well, Salmon fishing on rivers probably corners that particular market. And it's all down to required effort input and work rate. A guide can take you to the right spots at the right times and put you within potential casting range of feeding fish. But you then need to be able to uphold your end of the bargain by repeatedly working that fly in a manner and at a range likely to hit the targets that guiding knowledge provides. 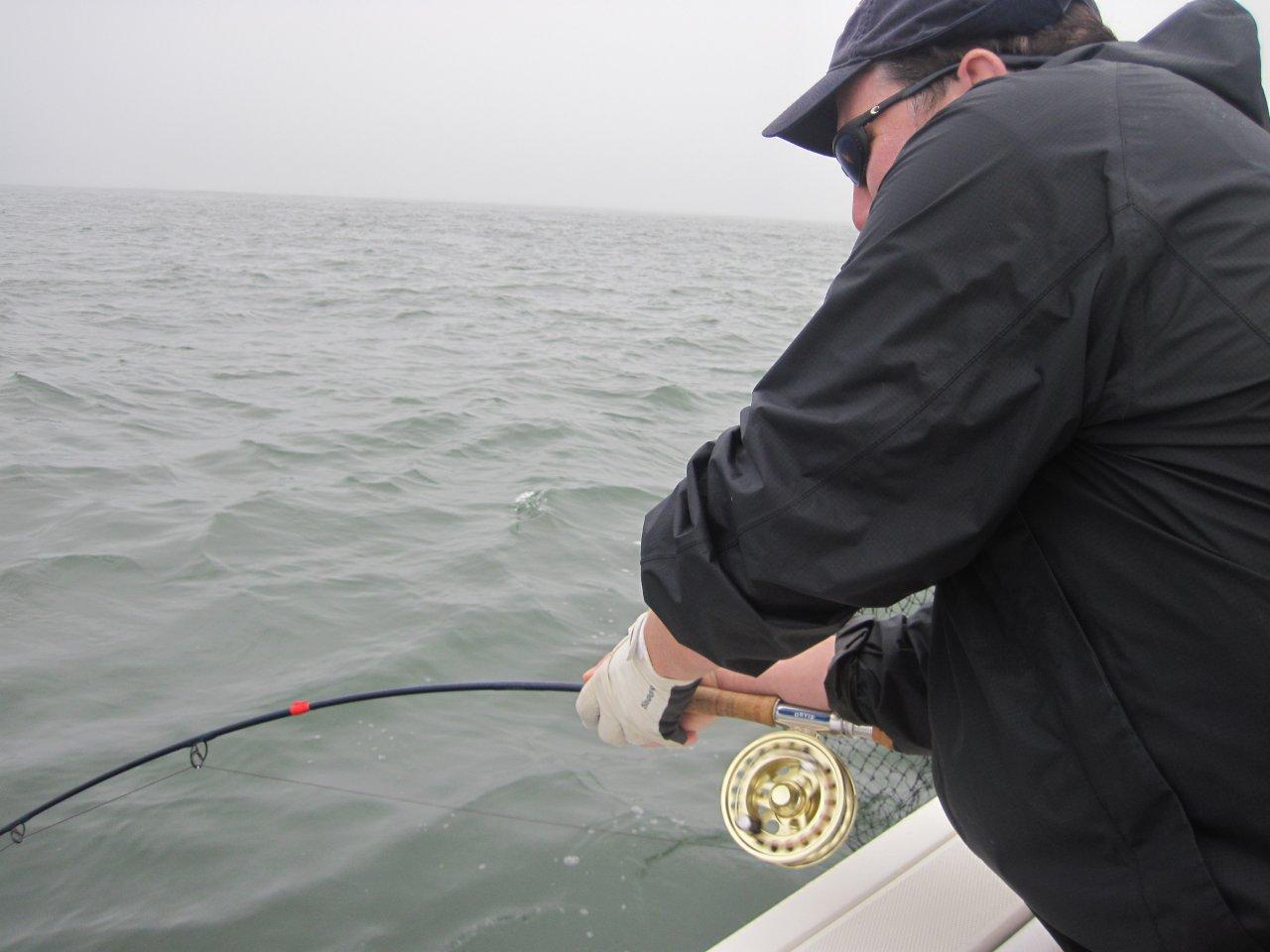 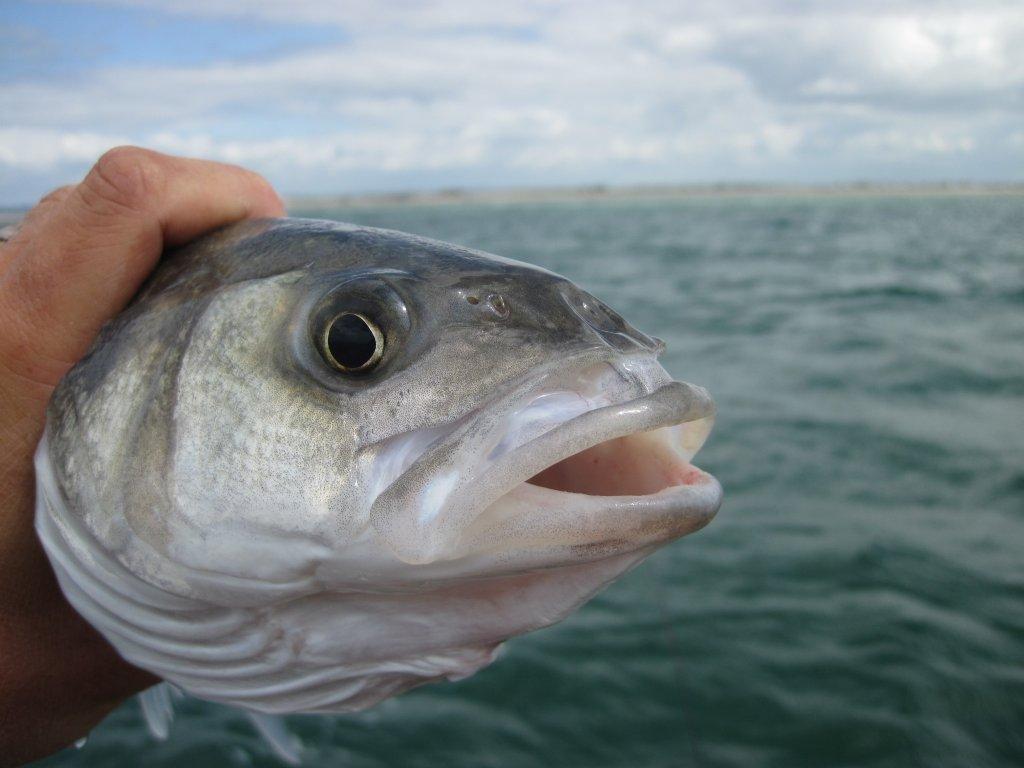 The most anticipated question has to be, why would anyone here in the UK either want or need a salt water fishing guide in the first place, and for most fishing situations, that would be a reasonable question to ask. If for example you want Cod, you can jump on a charter boat that will plonk you over a patch of heavy ground somewhere out in the North Sea. For flatfish, again a charter boat where the skipper motors out then shouts 'Right Lads' over some patch of cleaner ground. Simplistic examples perhaps, but you get the general idea. Bass on the other hand can be holed up anywhere from the freshwater stretches of rivers to offshore wrecks, and over any type of ground at a wide variety of depths. Theoretically, that should make them very straight forward fish to find. But with so few about these days and such a high price on their heads, the reverse is unfortunately true due to their smaller numbers and more widespread habits in terms of specific holding ground. The trick is in predicting their feeding and movements consistently, and that can only come from a very large input of effort based local experience. Then throw in the extra dimension of trying to catch them on a fly, which at sea is certain to add to the challenge in that conditions can make it physically difficult, while certain types of well scented prey such as peeler crabs can be impossible to imitate, and a guide suddenly seems like a very good idea indeed.

Having spoken at length to Chichester based fly fishing guide Justin Anwyl (we recorded a 2 hour podcast interview on the subject), and having caught Bass on the fly myself with a lot of blanks mixed in amongst a few successes, I am of the very firm opinion that with guidance, the chance of success for most people is very real. I am equally sure that after that experience, some would even go on to a modicum of success later fly fishing on their own. Consistency however is another matter. For it isn't the catching so much as the locating and precise timing of marks that is the key. Or in Justin's case, predicting encounters so as to have clients in place waiting before the Bass arrive, knowing that very often they will be either passing through or already present at a specific spot for a very short period only, governed by the state of the tide and its effects on what he calls the 'Bait Stream'. In other words, prey availability. These are however still educated predictions based on years of day in and day out experience. But compared to chuck in and chance it, certainly in the early days of going it alone, they none the less still do offer the very best prospects for success.

The other key factor to guided success, and I alluded to this earlier, is being able to keep your end of the partnership bargain with the casting. At this game, there is a direct correlation between ability to regularly hit distance and improved chances off success, due in the main to the more natural 'swimming' angle of your prey imitation. You may not always need to hit the big distances, just so long as you can when called upon to do so. Double hauling and reversed casting due to wind and boat space limitations, plus of course, wind problems from the shore too must also be mastered. Obviously, casting instruction to get around potential problems is available either in advance, or instead of fishing if the weather blows out a planned trip. You must also have the ability, aided by good technique, to keep a high work rate going all day. Unlike bait fishing, opportunities must always be created. As was also said earlier, reservoir loch styling is probably the natural feed in for this type of fishing. But that isn't to say that participants from other walks of angling cannot also do well. In fact, as Justin himself points out, very often newcomers to fly fishing make better pupils, as starting with a blank canvass means there are no pre-existing bad casting habits which would need to be corrected. 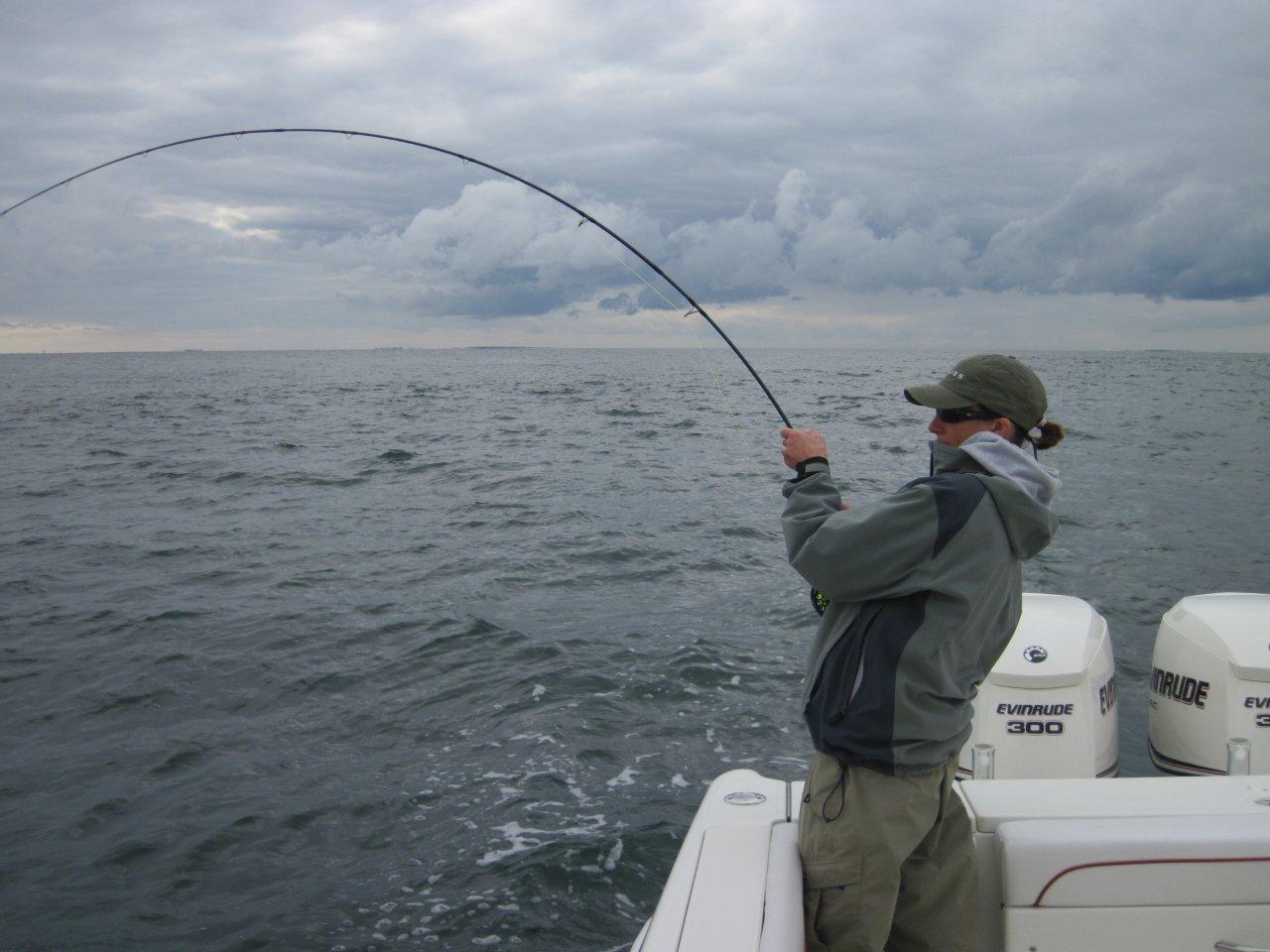 Typically, an AFTMA#8 rated outfit will suffice. Sinking lines rather than floaters, particularly from the shore due to incoming wave action are also favoured, with lures such as clousers and deceiver patterns over a range of sizes being typical. The finer detail stuff is best sorted out on the day according to prevailing weather and temperature, which again is where using a guide with a wealth of experience comes into its own. As for the fishing itself, while blanks obviously will occur as they can for any other easier to conduct aspect of sea fishing, when pursuing Bass with a fly rod and a professional guide, unlike working on your own, these should be the exception rather than the rule. As for averages sizes of fish, as you might expect, most will be at the lower end of the size range in the one to three pound or 'schoolie' bracket, with everyone in the group catching. Better days will see individual anglers maybe catching in excess of a dozen fish each at weights going up into middle or even high single figures. Red letter days on the other hand have produced in excess of 100 Bass with double figure fish always a possibility. But in this particular context, size really doesn't matter. It's the challenge and finding ways of meeting it, followed up by good sound conservation with the vast majority, though not all fish going back that is important.